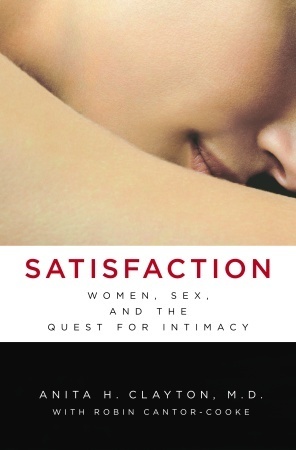 From Chapter 1: Am I Normal?

Why are so many women dissatisfied with their sex lives?

With the possible exception of Paris Hilton (and the mademoiselle who once had the room next to mine at the Hilton Paris), women are not enjoying sex as much as they would like to, or even as much as they used to. I know this because of what I hear from patients in therapy, volunteers in medical studies, friends in restaurants, and well-dressed women in business class who learn I’m a psychiatrist and, if the flight is long enough, share a lot more with me than an armrest. Something has gone out of their intimate lives, they say. They're not interested in sex anymore, or they are interested but can't get aroused, or they can get aroused but have neither the desire nor the energy to follow through. Their relationships are suffering, and they want to know what's wrong with them.

It's not just the people I happen to encounter who feel this way: millions of women across the country—as well as across ethnic, cultural, and economic lines—want to enjoy sex more. lf you have frank conversations with your female friends, this probably isn't news. But it was big news indeed back in 1992, when social scientists conducted a study of adult sexual behavior and found that 43 percent of American women are unhappy with their sex lives—which doesn't sound that bad unless you believe, as I do, that the other 57 percent are lying.

lf you wish I had quoted a more recent study, I don't blame you; I also wish we had newer numbers to look at. That we don't have fresher research reveals a void in the literature of female sexuality: coy conversations with girlfriends aside, we just don't know that much about it. Moreover, what we do know isn't necessarily the gleanings of rigorous research. For example, several years ago, the television show Primetime Live aired a segment on sexuality based on the results of a telephone poll it had conducted the previous summer. The interviewers were all women (people are allegedly more willing to disclose intimate details to female voices than to male ones) who rang up 1,500 randomly selected Americans—undoubtedly in the middle of dinner—to ask them about their sex lives. And, while a few juicy morsels did emerge—three out of four men said they always had an orgasm during sex while only three out of ten women said they did; and a strapping 57 percent of women and men said they've had sex either outdoors or in a public place—an informal survey of this kind hardly qualifies as a scientific study. To make things even murkier, when sex researchers do learn something new it's often reported in a way designed less to illuminate the issue than to sell the one on the newsstand. A Newsweek cover story from June, 2003 proclaimed, "Sexless Marriage on the Rise: 15 to 20 Percent of Couples Have Sex No More Than 10 Times a Year." Uh-oh—you could almost hear a gasp sweep the heartland—Is that me? I know we're having sex less often than we used to, but it's not that bad...or is it? Is my marriage sexless? Well, wait a minute—what does sexless mean? To me, it doesn't mean no more than ten times, or eight times, or one time. It means zero times—no sexual contact, no physical intimacy, nothing. But this headline says that having sex every five weeks or so is the same as having no sex at all. It implies that making love infrequently is the same as never doing it—the inference being that either way, you're screwed.

The message resonates throughout the land: Everyone is getting more and hotter sex than you are, especially if you're a woman. You have to have a certain kind of look (drop-dead gorgeous), a particular kind of body (microscopic rear, bountiful breasts), and unassailable self-confidence to qualify as sexually viable. It's different for guys; they can be awkward, goofy, grungy, or all three and still end up in bed with the star by the end of the show. But if humanness makes men more appealing, it does the opposite for us. For a woman to be sexy, she's got to be more than human—sleeker, surer, supremely in control. You've seen these creations in the movies and on television: supple, gleaming, straight-talking gals who render guys mute with withering glances and keen-edged dialogue. These women are hip, glib, and quick; they are exquisitely in touch with their feelings and never lack words to express them. They may be inner city detectives or winsome wives and mothers, but no matter: whether they're packing lunches or.38's, they are firm and unflappable, with nerves, buns, and coiffures of steel. They know what they want, especially in bed, and neither stammer nor apologize when telling their husbands, boyfriends, and lovers what feels good, what doesn't, and what drives them to ecstasy. Like the lusty protagonists of HBO's classic Sex and the City, these women know good sex, and they know how to get it.

But these women aren't real; when it comes to sex, no one is as self-aware and sure of herself as these figments of a screenwriter's imagination. Real women, such as the ones I see in my practice, are fascinating, flesh-and-blood contradictions: perceptive and unaware, intelligent and ill-informed, partnered yet lonely. This one has a husband and three young children, that one is barely out of childhood herself, another has a married lover eighteen years her senior. They have little in common, and yet they are alike: they are all women, and they all wish the sex were better.

The thing is, many of them don't know the sex could be better. They figure that lusty, chandelier-swinging lovemaking isn't meant for the likes of them, even if they did have the appropriate lighting fixture. They've bought into the culture's bogus belief that a woman's sexual potential is measured by her appearance and limited by her score on the ever-changing eye-candy scale.

It's hard to resist this fiction, surrounded as we are by images of women who have been surgically and digitally enhanced to conform to this season's concept of feminine perfection, however unnatural and distorted it might be. The fakery in these images doesn't diminish their persuasiveness: the cheekbones, eye color, skin tone, noses, hair, breasts, and rear ends are phony, but no matter—the women to whom they're attached have been anointed as sexy, so we yearn to resemble them.

Well, you might wonder, what's wrong with that? What's so bad about trying to look good?

What's bad is pursuing an artificial, faddish, skin-deep aesthetic that denies your true and enduring sexual nature and thwarts its expression. Sexuality isn't something visible about you; it's something you feel within yourself. It's down in there, dark and tangled, funky and wild. It's forged in the mind and enacted by the body: it's not only between your legs, it's also between your ears. lf others perceive it, it's not because of what they're seeing but because of what you are feeling and exuding. It's about how you feel and how you think, not about how you look.